Important Updates on Research Continuity during the Coronavirus (COVID-19) Outbreak

Home / About Us / Our Team / Biological Safety / John Bivona, RBP 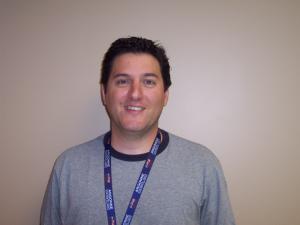 In his current role, he serves as the primary point of contact for the UChicago Select Agent Program at the Howard Taylor Ricketts Laboratory. He oversees all aspects of biosafety, biosecurity and incident response, including all communications related to the program, both internally within the program and externally with the Centers for Disease Control and Prevention and U.S. Department of Agriculture. He manages records related to laboratory and facility inspections, training of personnel, and enrollment of investigators. He also serves as liaison between the Howard T. Ricketts Laboratory and Argonne National Lab and the Department of Energy.

He is a registered biosafety professional with the American Biological Safety Association and has numerous certifications, including OSHA 40 – Hour HAZMAT, OSHA Hazardous Material Handling, OSHA 510 – Standards for General Industry, Additionally, he is a certified HAZWOPER/HAZMAT Train the Trainer, as well as, First Receiver Decontamination for Hospitals and FEMA Incident Command Systems for Health Care Organizations.