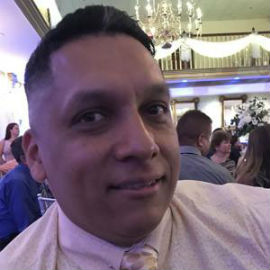 Chris Delgado received a Bachelor of Science in Chemistry/Biochemistry in 2011 from Chicago State University.  While at Chicago State, he was a research assistant for Aida Abraha, studying neurofibrillary tangles and Alzheimer’s disease.

After graduation in 2011, he began work as production supervisor for a global biopharmaceutical company specializing in plasma-derived therapies. During his career as a production supervisor, he was directly involved in full-scale protein purification in a manufacturing environment. He was also directly responsible for the creation and refinement of all standard operating procedures, manufacturing procedure records, prevent maintenance orders, and safety risk assessments for all equipment and processes within the department.

In 2014, he was promoted to manufacturing process scientist. Using a leadership framework provided by his managers and directors, Chris supported his department by reinforcing best practices in safety, good manufacturing practice (GMP), and regulatory compliance to deliver lifesaving therapies to patients and identifying final specification dosage requirements to support clinical trials. In an environment driven by stakeholder demand and regulatory agency oversight, Chris directed many project management teams. His roles included lead project manager for changes within the department, technical subject matter expert for processes and equipment within the department, and team member for interdepartment groups. He implemented various full-scale production changes successfully using a collaborative approach to risk assessment with various project management models. His consistency in optimizing production, due to a dynamic change of starting plasma material characteristics, allowed him to tailor individual production batches to achieve high purity and yield.

Lastly, Chris is a veteran of the Armed Forces of the United States of America. He was honorably discharged after seven years of service as an armored reconnaissance specialist. Promoted to mid-level supervisor in command of up to seven soldiers and accountable for $5 million worth of equipment, Chris attended formal military training and was recognized for mentoring and developing leaders through various military awards and recognitions.